Sultans love: Istanbul is one of the world’s most popular tourist destinations. With its rich history, stunning architecture, and delicious food, it’s no wonder so many people love exploring this fascinating city. Even if you’re not into tourism, there are plenty of places in Istanbul that are worth visiting for anyone. In this blog post, we’ll share ten must-see places in Istanbul that sultans (and anyone else) will love.

No trip to Istanbul is complete without a visit to the Sultanahmet district. Here are ten must-see places in the area:

1. Topkapi Palace Museum – This palace was once the residence of Ottoman sultans and their families. Today, it houses an impressive collection of artifacts from ancient times through to the modern era.

2. Blue Mosque – One of the most popular destinations in Sultanahmet, this mosque is made completely of blue tiles and is one of the largest mosques in Turkey. It’s also known for its beautiful interior decoration and architecture.

3. The Bazaar – Once home to hundreds of shops, now only a few survive as souvenir stands but the atmosphere is still lively and vibrant. It’s a great place to browse for traditional Turkish clothing and accessories, or just take in the sights and sounds of Istanbul’s oldest market square.

4. Basilica Cistern – One of Istanbul’s most iconic attractions, this majestic cistern lies beneath Hagia Sophia mosque. Surrounded by imposing walls, it’s an atmospheric place to visit whether you’re looking for peace and tranquility or want to take in some stunning architecture.

Eminonu is the district in Istanbul where the Ottoman Sultans lived and ruled. The district is now a popular tourist destination, especially for those interested in Ottoman history and architecture. Here are ten places you should see if you’re visiting Eminonu:

1. Topkapı Palace: This was the palace of the sultans and is now a museum housing some of the most important artifacts from Ottoman history.

2. Blue Mosque: This mosque, completed in 1616, is one of the most iconic buildings in Istanbul and features a beautiful blue dome.

3. İbrahimiye Mosque: This mosque, completed in 1548, is one of the oldest mosques in Istanbul and features a stunning courtyard surrounded by high walls.

4. Yeni Cami Mosque: Completed in 1453, this mosque is one of the oldest mosques still standing in Istanbul and features beautiful marble decoration inside and out.

5. Sultanahmet Mosque: Completed in 1547, this mosque stands as an iconic symbol of Islamic artistry and is one of the largest mosques in Turkey.

6. Kariye Museum: Located within Topkapı Palace, this museum houses a wide variety of artifacts from Ottoman history, including ceramics, textiles, weapons, and coins from all over Asia Minor (present-day Turkey).

7. Janissary barracks: Built between 1728-30 to house the Imperial

Known around the world as one of the most beautiful cities in the world, Istanbul offers a wealth of attractions for visitors from all corners of the globe. Here are ten places you don’t want to miss while in Istanbul:

1. Topkapi Palace – One of the most famous and enigmatic Ottoman palaces, Topkapi Palace is a must-see for anyone visiting Istanbul. With its awe-inspiring architecture and royal history, it’s impossible to not be impressed by this magnificent complex.

2. Sultanahmet – One of the largest districts in Istanbul, Sultanahmet is home to some of the city’s most popular attractions, including the vast and vibrant Blue Mosque and Hagia Sophia. This area is also well-known for its bustling bazaar, which makes it an ideal destination for shopping lovers.

3. Bosphorus Bridge – Spanning over water on one side and lined with historical buildings on the other, the Bosphorus Bridge is one of Istanbul’s most iconic sights. Not only is it a beautiful structure to behold, but it’s also an important historical landmark that has played a significant role in Turkish history.

4. Galata Tower – Completed in 1453, Galata Tower is one of Istanbul’s oldest surviving landmarks and was once one of the city’s main watchtowers. The current structure dates back to 1616 but has been partially restored multiple times throughout

Topkapi palace is one of the most popular tourist destinations in Istanbul. It was built by Osman I (1326-1381) as an imperial palace and remained the principal residence of the Ottoman sultans until 1734. The palace complex covers an area of 22 hectares and contains more than 1,500 rooms, including a mosque, a hospital, a kitchen, and a library. There are also several gardens, such as the Kızıl Garden and the Sultan’s Hunting Park. Topkapi Palace is open to visitors from 9:00am to 5:00pm from Monday to Friday and 9:00am to 4:00pm on Saturday and Sunday. Admission cost is TL 30 for adults and TL 15 for children aged 6-12 years old.

The Bosphorus is a strait that separates Europe and Asia. The waterway has been a trade route for centuries and is now one of the major tourist attractions in Istanbul. Here are ten places you must see if you’re interested in Ottoman history or just want to take some stunning photos:

1. Topkapı Palace – This was the palace of the Ottoman sultans and is now a museum open to the public. It contains a variety of exhibits including wonderful murals and carpets from the era.

2. Yeni Cami – This mosque was built by Selim II in 1550 and is one of the most iconic sights in Istanbul. Its gold-plated dome and intricate tiles set against a blue sky make for beautiful photos.

3. Edirnekapı Palace – Built by Bayezid I, this palace was home to several members of the Ottoman dynasty, including Mahmut II, who ruled from here during much of the 16th century. Today, it’s home to a small museum with displays on Turkish history.

4. Topkapı Gate – One of Istanbul’s most popular attractions, this gate was originally built in 1453 as part of an outer wall surrounding Constantinople (now Istanbul). It’s now one of the city’s main entry points and often hosts festivals and events, like New Year’s Eve celebrations.

Ortakoy is one of the most charming and well-known neighbourhoods in Istanbul. It’s a great place to wander around, take in the culture and enjoy some delicious Turkish food. Here are ten must-see places in Ortakoy:

1. Bosphorus Bridge: Walk across the Bosphorus Bridge and experience Istanbul from another perspective.
2. The Spice Market: At the Spice Market you’ll find all sorts of spices and herbs, as well as souvenirs.
3. Ali Baba Baths: If you’re looking for a relaxing bath, go to Ali Baba Baths.
4. Kariye Mosque: This impressive mosque was built by the Ottoman sultan Suleiman the Magnificent in 1584.
5. Hagia Sophia: Built in 537 AD by Emperor Justinian I, this is one of the largest churches ever built and still stands today thanks to extensive restoration work conducted in the 19th century.
6. Galata Tower: The Galata Tower is one of Istanbul’s most iconic structures and offers amazing views over the cityscape from its top floor restaurant area.
7. Süleymaniye Mosque: One of Istanbul’s most beautiful mosques, it was built by Süleyman I (the Magnificent) between 1565 and 1570 and features a stunning marble facade with intricate stone carvings.
8. Dolmabahçe Palace: This former Imperial Palace,

Istanbul’s historic Istiklal Avenue is a popular tourist destination for visitors from around the world. The avenue stretches from the Bosphorus to Galata Bridge, and is lined with cafes, restaurants, souvenir shops and galleries.

Here are ten places you should not miss while walking down Istiklal Avenue:

1. Cafer Pasa Mosque: This mosque was built by order of Suleyman the Magnificent in 1553. It has a distinctive cylindrical minaret and offers great views of Istanbul’s skyline from its terrace.

2. Galata Bridge: This iconic bridge links the old city with the new one and is a popular spot for photos. Look out for the famous Galata Tower at its far end.

3. Tophane Park: Located close to Istiklal Avenue, this park features many interesting sculptures and an artificial lake complete with a merry-go-round.

4. Hamam Sokol: This traditional Turkish bathhouse dates back to 1718 and remains one of Istanbul’s most popular attractions. It has several saunas, hammams (bathhouses) and massage treatments available, as well as a cafe inside the building.

5. Spice Bazaar: Located on Istiklal just past Tophane Park, this market is home to more than 100 spice stalls selling everything from saffron to garlic powder

Dolmabahçe Palace, located in Istanbul’s Beyoğlu district, is the former home of the Ottoman sultans. Today, it is open to the public and houses a museum with an impressive collection of art and artifacts dating back to the Middle Ages. The palace also houses several halls used for state ceremonies, as well as a library.

Another place worth visiting in Istanbul is Topkapı Palace. This was the former residence of the Ottoman sultans and now serves as a museum displaying some of the most important artifacts from Turkey’s history, such as Islamic manuscripts and ceramics. You can also find sculptures and paintings from various periods here.

If you want to see some incredibly lavish architecture, head to Sultanahmet Square. Here you will find a number of interesting places, including the Blue Mosque and Hagia Sophia (the former cathedral of Constantinople), both of which are UNESCO World Heritage Sites. If you have plenty of time on your hands, make sure to wander around all of these locations – there’s no way to see them all in one day!

The Süleymaniye Mosque, also known as the Blue Mosque, is one of Istanbul’s most popular tourist destinations. The mosque was built by Sultan Mehmet II in 1556 and renovated between 1616 and 1630. You can see the stunningly blue tiles on the roof and walls of the mosque.

Another must-see place in Istanbul is Topkapı Palace. This palace was home to several Ottoman sultans including Süleyman I and III. The palace has a lot of beautiful artworks inside and out, as well as a fantastic view of Istanbul from its rooftop terrace.

The Haghia Sophia is also worth a visit if you’re in Istanbul. This ancient church was once home to one of Constantinople’s most important monasteries. Today, it’s a UNESCO World Heritage site and one of Turkey’s most iconic sights. 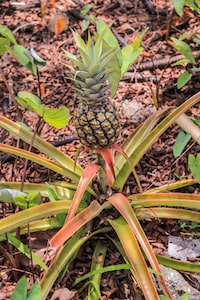 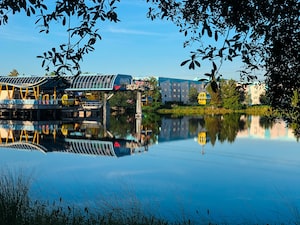